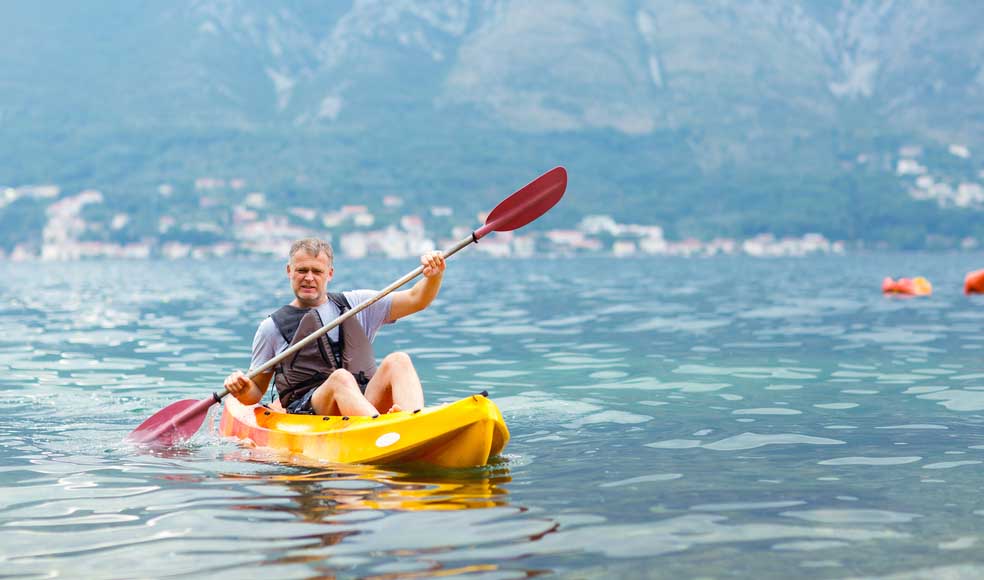 When it comes to an ocean kayak vs river kayak, there a few things that you should know. But before that, here is what you must understand. Generally speaking, every kayak here is unique in its own way.

That’s why when choosing between these two kayaks, it’s important that you first understand how unique every model is. While some may be long and others shorter, there are those reasons for the same.

Even so, at the end of the day, what matters is your ability to find a kayak that suits your needs. So, if you are a river kayaker, you must choose your kayak according to your skillset, riding style, and the water body that you are kayaking on.

With that said, here are the most fundamental features that you should keep in mind when comparing an ocean kayak vs, a river kayak.

Since river kayaks are shorter, they are easy to ride, especially around obstacles such as protruding rocks in the water. You can therefore paddle through the tight bends and a shallow waterway.

However, for ocean kayaks, the freedom to avoid obstacles is hard to come by. This is because they are longer. Even so, the long length again enhances the ocean kayak’s performance while at the same time boosting their speed in a wide-open water body.

The river kayak is, however, wider in width. This design makes them slow down and, in turn, allows you to gain better control. As such, these types of kayaks do not cut through the waves but rather ride on top of these waves.

In line with the size of the width, river kayaks are stable. Thanks to their wide width, which enables them to ride over the waves and, in so doing, allow you to even stop to paddle to relax for some time without the fear of capsizing.

This is unlike the ocean kayaks that are sharp and which have narrower shapes with lower stability. It is for this reason that ocean kayaks aren’t best for the new learners or the beginner level riding.

The hull shapes of a kayak will normally change depending on the width of the boat. That’s why you will often see that most ocean kayaks come with sharp angular profiles. This is different from the river kayaks that have the rounded and ever bulging diameter to the perimeter of their cockpit.

As such, the ability of an ocean kayaker to also paddle indirect and straight lines is often higher than that of a river kayaker.

For recreational or river kayaks, you will have effortless control. You won’t be fighting with the waves or striving to cut through them. Instead, you’ll just hang in there and allow the kayaks to do most of the work for you.

However, this is not the same as the ocean kayak. When it comes to the ocean kayak, you’d have to paddle more, use your legs more, and use a lot of energy to keep the kayak in motion always.

The cockpit size of the sea kayak is smaller. This is because you need to fit in tightly. There is no time to relax or enjoy the ride. Every moment counts, and you must keep on focusing. However, for the river kayaks, this model is designed for relaxation. The cockpit is, therefore, wider and will allow you to move around easily. You can relax on the seat, paddle less, and possibly tie your paddle on a hold.

Whether the kayak has been designed from a rigid or even an inflatable material, one thing is true; the kayak is designed to meet the needs of your kayaking style and type of water that you’ll be kayaking on.

So whether it comes with a sit-on-top design or the sit-inside model, every type of kayak is designed specifically for that intended activity. River kayaks are more of the recreational kayaks that you can use on a calm or even very slow-moving type of water.

This is unlike the ocean kayak that is called sea kayaks and which will only serve you best if you are looking for fast movement and better performance on the rough ocean waters.

If you were looking for the fundamental difference between an ocean kayak vs river kayak, then you have it already. In the same line, you must be having your mind made up on which model to go with.

Well, that’s up to you. Even so, there are a few things that I want you to remember when choosing between these two vessels. First, you must remember that ocean kayaks are often longer and narrower than their river counterparts.

As such, they track better and easier. Ocean kayaks are again designed to provide you with a straight ride. However, their turning can pose so much of a greater challenge as opposed to a river kayak that has a shorter and much flatter hull – required for an instant response to turns.